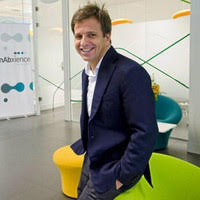 In 2016, when he moved back to Argentina after 14 years in Madrid, Carlos Bañado started an entrepreneurial journey and acquired Laboratorios Copahue, a pharmaceutical company focused on dermatological consumer products. He is also an investor in two pharmaceutical startups focused on Specialty Pharma.

Before becoming an entrepreneur, he was a serial intrapreneur within Insud Pharma organization, where he started from scratch mAbxience in 2009. As its CEO and President, he took the Company to a leading position in the biosimilar field. By 2016 mAbxience was able to launch its first two products, start two manufacturing sites (Spain and Argentina) and sign contracts in more than 60 countries. He built a team of 180 people and managed a budget of EUR 130 M.

Before mAbxience, he developed, also from scratch, the Women’s Health division of Chemo Group (now Exeltis) leading its global expansion and directly involved in the entrance of the company in Mexico, USA, Germany, Spain, Italy, France, Belgium, Eastern Europe and China.

He served in the board of several companies including Effik (France, Italy and Spain), Chemo Wan Bang (China), Ladee Pharma (Eastern Europe) and several others.

Carlos holds a Bachelor in Business Administration and completed in 2015 the OPM47, a three years’ program in Harvard Business School for Company Owners and Presidents.